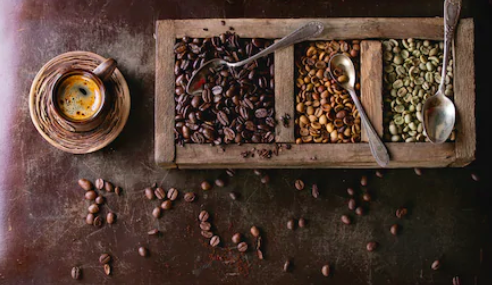 You may have come across this before, whether it be directly this phrase or maybe the chuckle followed by “that’s not real coffee” among other decaf antics. This is an outdated viewpoint that has just held on over the years of decaf production. While there are some very lovely roasted decaf out there, why does this reputation exist?

Sitting down to enjoy a cup of coffee to purely…well enjoy it isn’t news, but maybe still not the most popular way to go around it. The world right now seems to be full of a lot of go-getter energy which may be great for productivity sake, but there’s been no time for breaks or else there is the threat of falling behind. So, what stimulant is there right when you hit that mid week crash? Coffee. The rise of social media does have an impact on this as well as success is the key goal and highlight of most, or just your daily intake of inspirational quotes about coffee being the key factor to these successes. I only really started drinking coffee when I started University, and I did not enjoy it. It seemed engrained that that this was that finding any sort of caffeine was the answer to burn through the grind that is post-secondary. This has an effect on the idea of decaf, it was bitter, bland, and didn’t carry that ‘go-go’ juice necessary to be virile. So, why have it unless you’ve maxed out on your intake, start to feel the effects, or find yourself at an old diner at 7PM. On the other side of this, there is also a combative rise of products made to calm us down, to settle before the next heavy approach, so why doesn’t decaf also fall into this space?

To be fair, there’s a LOT of options out there, making decaf fall between the lines despite the processing and roast approach improving, making for some very tasty decaf coffee. I’m partial to coffee with very sweet and nutty notes which can be found well roasted decaf coffees, and it’s quite enjoyable!

The Art of Coffee Without Caffeine

In 2015, Swiss Water (the company who took over the Swiss Water process of decaffeinating coffee) opened up a caffeine-free café called ‘The Art of Coffee Without Caffeine’. Only a few articles in while researching the café and the backlash is pretty obvious, however not totally unsuccessful after the pop-up closed. There was a small surge of interest in this chemical free process that provided another option. Swiss water also provides the beans for Decadent Decaf Coffee Company, and while I’ll have to get back to you on the taste, their philosophy is well thought out and as far as I can tell, they’re doing quite well! I encourage a read through about them and how they’re passionate about great tasting decaf.

While the answer to ‘why’ the stigma may still persist, I can at least shed some light on ‘how’. First things first, decaf coffee isn’t 100% caffeine free, more like 99.9% caffeine free. With around three to six milligrams per six ounces of coffee though, it’s definitely a drop from the usual 75 to 130 milligrams per six ounces of regular coffee. Being that naturally caffeine-‘free’ beans aren’t well refined, most decaf is green coffee that is extracted of the caffeine with most methods beginning with a good water soak and an additive to promote the focus on extracting the caffeine rather than render the beans tasteless from the water.

I had mentioned ‘a chemical free process’ earlier, and there is a method that involve chemicals similar to paint thinner that destroy flavour and leave residue which could explain the repulsion towards decaf! Although you would never see this in the rise of speciality coffee as the attention to taste and flavour (and coffee that isn’t directly harmful to your health) is super important, so there’s only really two preferable methods used.

Alright kiddo’s, it’s time to get our chemistry on. Sit back, relax, and I’ll pop in my handy Bill-Nye VHS tape.
Carbon Dioxide! While being heavily involved in the roasting process, it’s also quite handy in the workings of decaffeination because it binds so well with caffeine molecules. I’ll shorten this down a bit, but if you want to read into the process and much more, check out Craft Coffee: A Manual by Jessica Easto.

Essentially, green beans are like us in that after a good hot soak, pores open and are ready for some good cleansing (or giving caffeine a way out). They are transferred and mixed with compressed Co2 which is only interested in pulling the caffeine attracting the flavour. The Co2 is then removed and the neat thing is both the caffeine and Co2 can be recycled for other purposes such as caffeinating pop or used again for this method.
The Upside: flavour molecules remain untouched
The Downside: it reigns quite expensive and very rarely used non-commercially which brings us to the most popularly seen method…

Designed solely to avoid the use of chemicals (yay health!) this method uses solubility and osmosis. Similarly to the previous method another hot soak is in order for the green coffee, a long one. Long enough to start brewing actually which draws out flavours, oils, and caffeine. A specific filter is used to strain after this process that is designed to catch the caffeine molecules. So you end up with flavour-less caffeine free beans and a bunch of flavoured caffeine free water. Time for some osmosis.
The beans without flavour are discarded and new beans are introduced to the green coffee extract (aka the flavour water). A little deja-vu as the caffeine from the new beans are pulled while the flavour from the water and the new beans remain balanced and extract that odd factor out; in this case that factor being caffeine.
The Upside: welcome to flavour-town (Guy Fieri ™)
The Downside: this may result in pricer decaf coffee on the shelves, but it is quite possibly the best process we have in specialty coffee. Keep an eye out for their logo or the process and you’ll know that bag of decaf is chemical free.